Malcolm Waters
After a career in Local Government, working firstly for the Corporation of the City of London and then for an outer London Borough, I retired and moved to Throop in 2012.
Married and with family in the area, the intention was to enjoy retirement and pursue other interests.
Taking an interest in local matters, I have been actively involved in establishing our new Village Council.
Now that we have an elected council in place, my hope is that it will be able to support a number of local initiatives designed to enhance the quality of life for our residents. 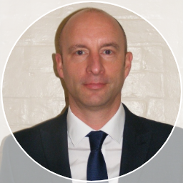 Billy was born in 1976 and raised in Devon on an organic hill farm on Dartmoor. On leaving school he joined the British Army and served 24 years in the UK and Germany. During this period Billy deployed on various operational tours which included conflicts such as Northern Ireland, Bosnia, Kosovo, Iraq and more recently Afghanistan.

On completing his military service in late 2017, Billy took over the role of Head of Catering Operations for Serco Group PLC, working at the University Hospital Southampton leading the transformational change required. In 2018 Billy moved closer to Bournemouth and worked as the Risk Manager for University Hospital Dorset.

Latterly Billy has moved into a new role at Canford School and is responsible for Catering, Hospitality, Transport Fleet, Housekeeping/Domestic and Logistic aspects.

Outside work, is married to Vikki with two teenage boys which keeps his hands full! Billy’s pastimes include sailing, mountain biking, and a keen at expanding his DIY skills within the house and garden.

I have lived in Throop Village for over 5 years and I am passionate about the area and its conservation. I have worked in financial services for over 20 years and was one of the founding members of the Throop Village Conservation Group.  I have seen the continued decline of key buildings and council assets and I want to see them improved and used as they were intended. I want the Parish to make a meaningful difference to the area and give a voice to what we as residents want to see.’

Having lived in Throop Village for over 35 years, I have seen significant changes to the area, but would like to see the conservation of this special semirural location protected.

Having grown up in Christchurch, and only left for a 10-year commuting stint to London, I believe that this part of Dorset should be protected from over development before the region becomes one mass urban sprawl.

As a journalist and communications specialist, I firmly believe that local authorities ought to genuinely consult with ratepayers, stakeholders, and residents. Our local council has demonstrated a very poor record in this regard, and I hope the new parish council will enhance the democratic process and give a voice to local people.

I came to Throop and as a very small child and members of my family have lived in the village ever since.

In my lifetime I have seen many changes in the area, from a working agricultural landscape, with vibrant farms stretching South to Castle Lane to the enormous residential developments that have engulfed this farmland, reducing it to the fields in the Green Belt.

During these early months of the Village Council, I am ensuring that robust protocols are established to safeguard solid foundations to give a voice to our community and residents (as well as our voiceless and extremely threatened wildlife) for the future of this special riverside place.

I promise to act in the best interests of my community.

Toby Blackmore, aged 59 married to Denise with 4 sons, 1 daughter-in-law and 1 beautiful granddaughter.  Joined the Royal Navy from school where I studied electronic engineering for 5 years.  Saw active service on board HMS Bristol during the Falklands campaign in 1982.  On leaving the service I continued with my electronics background working for Schlumberger manufacturing Automated Test Equipment, working both here in the UK and spending several years with my family in France.  The last 15 years has seen me selling ATE into the international defense market; primarily working from home (when in the UK!) in Throop.  The last 40 years has taken me to over 62% of the world’s countries!